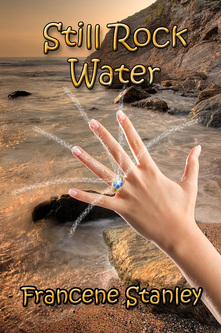 Still Rock Water is the first in the Moonstone series of paranormal novels set in the little village of St. Ives, Cornwall, England.

Liliha's life changes when she inherits her grandmother's star moonstone ring. Instead of playing the role of an Australian housewife, an apparition whisks her away to participate in a flood rescue. She dismisses the strange vision as a dream until it is repeated and grows stronger. Despite her unique ability to help others in distress, Liliha is powerless to alter her depressed, belittling husband. But transformation awaits her in the form of betrayal, losing her ring and immigrating to the other side of the Earth.

After a coastal storm, the St. Ives police discover the unique ring on a body and send it away for assessment. Experts at the British Museum offer Liliha an appointment.

Liliha, the main character in Still Rock Water wrote this song as a tribute to Christopher Reeve, a former Superman.
http://youtu.be/qFY97XzSQW8 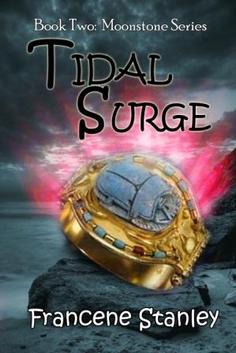 Tidal Surge is the second in the Moonstone series of paranormal novels set in the little village of St. Ives, Cornwall, England. Full of married bliss, Liliha welcomes her edgy daughter to St. Ives. However, alerted during visions while wearing an ancient star moonstone ring, Liliha's helpful role takes a terrifying direction. Instead of putting harmful situations right by using her ingenuity, her experiences deteriorate into a skirmish to avert harm.

After secretly trying on a bracelet, Kaelyn's first vision of participating in murder drags her deeper towards addiction to vicarious acts.

Neither aware of the other's participation during each vision, mother and daughter see through a stranger's eyes and manipulate their actions to battle over good and evil. ~~~
Horrified at acquiring the power to force people to do evil things, a girl can't resist the bracelet that gives her this power--unless her mother's moonstone ring has greater power. This novel puts mother/daughter battles in a scary new light. True horror doesn't come in costume. It comes in an innocent disguise.
Review by Carol Kean. 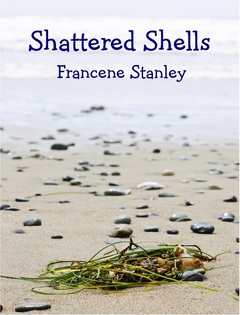 Shattered Shells is the third in the Moonstone series of paranormal novels set in the picturesque seaside village of St. Ives, Cornwall, England.

Liliha recently lost her husband and is parenting two teenagers half a world away. To overcome her loneliness, she decides to play psychic detective using an inherited ring that allows her to enter minds and avert a dire situation.

Called by a random vision, she mentally melds with a local thief but fails to change his actions. Because she can only see through his eyes, his identity remains obscure during her initial inquiries. After helping runaway hooker Ellen, who is frantic to avoid drugs, Liliha is sucked into the lives of a foreign entrepreneur, a small-time crook, and a thwarted pimp. When the pimp and the crook join forces to drug and rape Liliha before stealing her ring, she faces the most desperate situation in her life and almost certain destruction of everything she values.
Karm Currents is the forth and final book in the paranormal Moonstone series set in the little village of St. Ives, Cornwall, England.

Apart from her telepathic sojourns of whispering advice to strangers, Liliha is an ordinary woman, separated from her teenage daughters in Australia. Her youngest daughter, Alissa, arrives to live with her, and brings her grandmother. As if that interference isn't enough, Liliha's ex turns up to take their daughter home.
​
Lovesick Harry steps in to help, bringing with him an ancient Egyptian necklace in the hope of compensating for the bracelet he lost. When more jewelry turns up, all seemingly connected, regressions reveal a previous relationship between Alissa, Harry and Liliha. 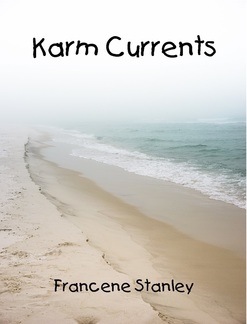